The recent figures [2015] on the housing market appear to evoke feelings of euphoria. Yet that is extremely premature when one looks over several years.

The figures are taken from the Statline of Statistics Netherlands for the period 2010 to the present. The 2 main trends are included. The number of homes sold in absolute numbers and the price index of homes compared to base year 2010.

What is immediately noticeable is that the number of homes sold and the price index do not correlate directly. Not entirely illogical because the house has a mortgage and the seller does not want to lose compared to his outstanding mortgage sum. This is only slowly admitted.

The number of homes sold does respond directly to developments in the market and the crisis effect in particular is obvious,

The number of homes sold was in 2005! at its peak with 206,629 sales. After that, things quickly went downhill with a low in 2013 with 110,094 sales. In 2014, the market recovered to 153,511. That seems a lot, but it is striking that in December 2014 there was a huge sales wave, which subsequently subsided. Changing legislation underlies this and is therefore an incident in the figures. The sharply declining figures in January and February of 2015 support this. It is striking that during the center of gravity of the crisis, the number of sales actually decreased slightly when compared with the period 2005-2010.

The monthly figures show that the price index [compared to 2010] was created in June 2013. After that, prices slowly started to creep up again. Unfortunately, the monthly figures for 2013 are missing, but the 2011 level has not yet been reached. In addition, the annual chart shows a flattening development for that period. The market does not want to reach a structural level above 150,000.

The sales peak in December 2014 is clearly visible and the huge decline immediately in January 2015. The annual figures end with a peak, but the decline in 2015 is not included here. Currently, the number of homes sold per month is even below the level of 2014. Sales peaked in December 2013 as well.

The housing market is recovering with difficulty. Certainly the sales per month are creeping up slowly compared to the beginning of the crisis. However, the price index has grown well. However, this could mean that the wave of forced sales [executory or private] is coming to an end. Homeowners stick to their price to cover their mortgage and are apparently able to afford it. However, the euphoric reports about the housing market are drifting. Yes, February is doing better than January, but there is no explosive recovery. 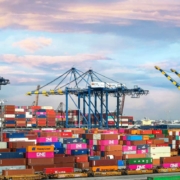