The discussion about the demotion of older workers in particular continues to grow under the skin. A non-negotiable option for the unions. According to employers, it is inevitable to remain competitive.

One of the most important arguments that employers always put forward is that labor productivity drops significantly among older workers. TNO’s 2011 study unequivocally concludes the opposite:

From an overview of scientific research into the relationship between age and productivity, we conclude that the stereotypical view that productivity is jeopardized by the increasing age of the labour force is not supported by solid empirical evidence. On the contrary, there is a significant amount of scientific studies showing that there is no connection at all.

The picture of declining labour productivity of older workers is based on an overestimation of age influence and often an incorrect extrapolation from a very small group.

An employer can in other ways ensure that the productivity of employees, young and old, is maintained. Ensuring functional flexibility [applying variety in function] retraining, improving qualifications and competences and informal learning. These are measures that require a low investment rate from the employer compared to any redundancy. The employer can therefore relatively easily ensure that employees retain a labour productivity that is in a good relationship to the employee’s salary regardless of his / her age.

With the increasing aging of the population, the problem has not yet been solved. The good side is that employees are not only forced to increase their retirement age, but also often work longer voluntarily. However, because the influx of young people is much lower, the average age rises disproportionately. The availability of a good workforce will decrease rapidly upon retirement.

It is therefore important that age discrimination based on false ideas disappear from the market as soon as possible. That this is prominent is apparent from research by Koppes et al [2009], 14% of the employees report it. In the elderly (55-64) is the self-reported percentage of age discrimination. Policy-makers also have this view, given the focus on measures aimed at preventing or repairing tipping points (Van Dalen et al., 2010).

Macroeconomic studies on the relationship between aging and labor productivity regularly contradict each other. Research shows that older workers maintain their labor productivity by reducing the number of errors and better insight into the work processes. [Börsch-Supan and Weiss (2007)] One of the reasons for the negative perception of older people is mainly based on the past. Older workers, especially in arduous physical occupations, were found to drop out earlier. Increased health, better health care, innovation in companies have overtaken this notion. Nor is it true that older employees are sick more often. However, the average duration of illness is longer, due to often chronic illness.

What is often lacking is the decline in education and training. Young people who have been working in an organization for a relatively short time have a higher share of training than older employees. Both employees and employers are responsible for this. There is also no incentive policy from the government here, although the possibilities are limited. In the field of new technology in particular, an older employee is left behind. This is often offset by a better understanding of the company’s other processes. Employers often no longer see the point of retraining older employees.

A strange train of thought from a career / age perspective. A 55-year-old employee, who is considered ‘old’ in the market, actually has 12 working years to go. Since older employees are less likely to switch employers, they are more likely to be a candidate to retrain and improve their skills. The chance that the employer will lose his investment by switching is significantly smaller for older employees.

Informal learning, training on the job, is also a relatively inexpensive way for employers to improve labor productivity. A method that is often rated higher by older employees than theoretical / classroom training. And the payback time is very short [weeks]

Minister Donner once suggested to follow the Scandinavian model where wages and ages are not automatically linked. Donner motivated his proposal that limiting labor costs by age would improve labor mobility. Economist Salverda investigated this claim and the TNO report also compares mobility. Both establish that the statement is incorrect 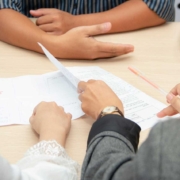 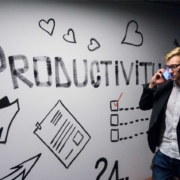 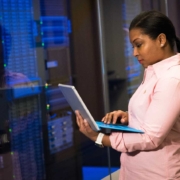 Predictive analysis as a decision model.

The illusion of “Empowering”.
Scroll to top