The manufacturing industry is still one of the most important sectors for the Dutch economy. Since 2001, however, the Dutch position has weakened considerably and has fallen to the European middle class.

The reporting of the SEO is divided into two periods. The period 1996-2001 and 2001-2006. The developments show on various fronts that the Netherlands has fallen to the middle bracket. Later reports such as those from ING and ABN-AMRO indicate that the situation has not improved significantly since the crisis. It is striking that, despite the crisis, Germany has kept its manufacturing industry afloat.

The manufacturing industry is an important sector when it comes to employment. Within this sector, both capital-intensive [chemistry] and labor-intensive [mechanical engineering] can be found. At 13% of GDP, it is one of the most important sectors. The growth in the number of jobs has decreased significantly since 2001. This was also seen in other European countries, but the contraction was clearly greater in the Netherlands.

Not only job growth has slowed down, the addition of value has also clearly decreased in the period 2001-2005 compared to the previous period. Spain is followed by the United Kingdom

According to the figures, the frequently heard argument that labor costs are too high does not seem to hold up. Labor costs do not differ much over the entire period 1996-2006. Only compared to Asian countries and the United States, European countries are clearly more expensive. The energy bill is also not excessively high in the Netherlands. The Netherlands has only been catching up in the last few years. Only in France are energy prices significantly lower than in other European countries.

In Germany, the manufacturing industry still accounts for 16% of GDP. Due to a good mix of branches, leadership, reforms and investments, Germany remains the leader. Where policy came to a standstill in the Netherlands in 2001, Germany has accelerated reforms in many areas. She is now reaping the benefits. The largest industry in the German manufacturing industry is mechanical engineering, followed closely by the automotive industry. The metal industry is also flourishing in Germany. Not surprising, because these three branches are closely intertwined and above all produce long-term investment goods. Even in times of crisis, this will not be cut back quickly. That explains Germany’s stability during the crisis.

What emerges from the reports is that since 2001 the Netherlands has declined to the middle bracket and the government’s many investment and incentive schemes have had little benefit. There are some bright spots, but not enough to get into the leading group.

In recent years, the Netherlands has mainly focused on the financial and services sector, making it even more vulnerable to the vagaries of the international economy. Many foreign companies have established their headquarters here due to the favourable tax climate. This has led to a shift in the labor market where there has been more demand for higher service workers, where ‘physical’ employment has leaked at the bottom. This one-sided focus of the Dutch government is now avenging itself during the crisis.

Restoring the manufacturing industry is no easy task and takes a long time. The fiscal, logistics and service elements are well present. The Dutch government will have to come up with a clear long-term vision to ensure that education and the business community, in particular, are better connected. Return of the classic technical courses that are well suited to industrial development is a precondition for this. In doing so, it is not so much a question of quantity as of quality. Germany thus retains its lead compared to price-driven competition from Asia.

This also means that investments in fundamental research, for example, should have a much more prominent role. That in itself is more difficult to link to economic growth, but it is an essential foundation from which industry can draw and the possibility of realizing innovations.

On the other hand, there should be a targeted investment and stimulus policy that rationalizes the very many regulations currently in place. The Netherlands has a number of important levers available that can function as drivers. Maritime, water management and high technology. The Netherlands should be careful not to let this policy become the child of the bill every time, as it has happened over the past 12 years. With any economic setback, the long-term policy is sacrificed too quickly for short-term budgetary interests.

The picture that the VVD in particular continuously paints that the Government does not create jobs is not correct. Not directly, but indirectly and in the long term, government policy determines the economic activity of a country. An ever-withdrawing government ultimately undermines a country’s competitive position. Investing in research, education and innovation is of strategic importance. The current marginal efforts of the Rutte I-II cabinet in the area of ​​sustainability, the manufacturing industry and cutbacks in education and research will eventually weaken the Netherlands even further. 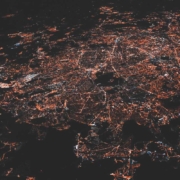 Structure in decision-making in the Supply Chain. 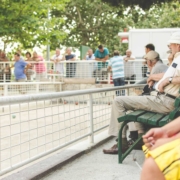 Why do publishers innovate so slowly?
Scroll to top