IBM has developed a new chip that is more like the functioning of our brain and says goodbye to the classic sequential calculations.

IBM’s new chip is still far the equivalent of the human brain. Where our brain has about a hundred billion neurons, the IBM chip does not go beyond a million. About the size of a bee’s brain. The computing power of this new chip is not much better than that of the average accounting program. Still, it is a serious breakthrough in chip development.

The traditional chip performs its calculations step by step, on a principle devised by the Hungarian-American mathematician John Von Neumann. IBM’s TrueNorth processor recognizes patterns in data thanks to a network of transistors organized as the neural networks in the brain.

And it is precisely the pattern recognition that is of great importance for analyzing Big Data. The enormous amount of data that Big Data provides is almost impossible to analyze with current computer software. it requires a lot of human work and there is still the chance of bias. That problem could be solved by this chip based on pattern recognition like a human can.

In a video, the researchers demonstrate how a single TrueNorth chip from the video footage shot from a tower recognizes pedestrians, cyclists, cars, and buses.

From large amounts of data, seemingly inscrutable, this chip can provide the opportunity to quickly and effectively extract useful information. Rapid information analysis is of great importance in Big Data analysis because the patterns are volatile and the information is therefore very quickly outdated.

This breakthrough in chip development that has been sought for a long time can trigger a small revolution. The increasing complexity of our world can now be mapped much better. Ensure better decision making and timely information at key moments. The question I still have: Would this chip also get a headache :) 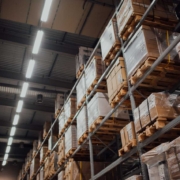 How do I catch the peak season ?

Why Drones threaten to fail.
Scroll to top