The uproar in the Middle-East has a clear effect on the current oil price. The cost of one barrel of oil already exceeded $110,- The fragile recovery of the world economy might come in danger to this sudden rise. This development underlines the need for a sustainable economy.

The prices have risen with 18% the first 2 months of this year. This is on top of the price raise of last year with 15%. As diesel cost almost amount up to 20% of the total cost for transporters, one can imagine the significant effect. The margins of the sector has been under pressure for years. Many transport companies hardly managed the word wide crisis and are now confronted with another back draw in their development. If these developments sustain for some time, it is likely that another wave of bankruptcies will follow.

These events prove the dangerous dependency on oil. As the oil production are facing peak oil situations, instability in the oil market directly leads into high sweeping prices, in spite of the fact that Saudi Arabia has increased their production.Not only the transport companies are facing these problems. Cost of transport due to risen diesel prices are always translated into transport prices, which eventually end up at the customers. A increase of overall prices becomes then inevitable, which could lead to a decline of economic recovery.

Some companies have taken their first steps onto sustainable solutions. Cleaner and more efficient engines, use of biomass diesel, gas trucks and even the first electric trucks have entered the market. However, the sector is quite reluctant to pick up these new initiatives. Even the longterm goals to reach a sustainable economy has been decreased by the present dutch government. A disturbing development as we can see now again.

The transport sector in the Netherlands now urges the dutch government to take action to support the sector. I am afraid that it will be again the wrong type, short term, of action. Instead of really turn the sector into a sustainable sector, it will come down to financial relief which might work overnight but will not decrease the dependency of the sector on oil. From a broader perspective. The entire economy remains to dependent on oil, although the alternatives are already present and can be used according to the ‘Roadmap 2050’.

The transport sector should this time not ask for financial reliefs, but strong actions and a clear vision of this government to take real steps towards a sustainable economy, which decreases our oil dependency significantly. Otherwise we will keep running around in circles, going from one ‘crisis’ to another. It is time to break the circle and step towards a sustainable economy. The cost of this transition are far much lower then the constant sweeping oil prices and the devastating effects on the economy. 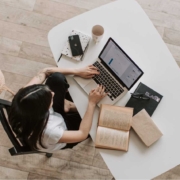 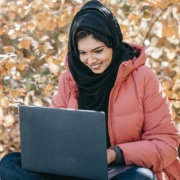 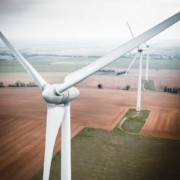 “Before making things, you first have to make people.” Toyota